A Love of Learning.

Dexavia Turner’s tenure with Borland Benefield began in February of 2021, but in that short span of time, she has shown a staggering amount of knowledge in her field, as well as a dedication and commitment to leadership that goes beyond carrying out her duties.

As a member of our auditing division, she focuses most of her time on work for Borland’s nonprofit clients, but recently she decided to continue her education toward her Ph.D.

Since Dexavia is a native of Tuscaloosa, she readily admits that the University of Alabama was the expected choice when it came to choosing a college for her undergraduate studies, but she weighed her options and fell in love with Troy University.

While at Troy, she became so invested in her campus life, that she broke out of her shell and became involved in a number of extracurricular activities. 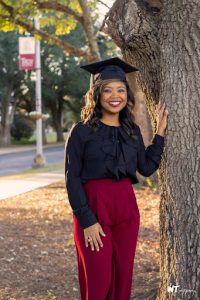 “I joined so many organizations that I can’t even remember them all,” she adds, “but the one that made the largest impact on my life, both during and after college, was definitely being part of Chi Omega.”

She didn’t stop at Chi Omega. She was also a member of Troy’s student-government association, giving structure to Troy’s event schedules, as well as helping to create and maintain budgets for the college’s various other organizations.

Troy’s Trio Programs also spoke to her, so of course, Dexavia joined that as well, helping first-generation and low-income students prep and plan for the lifestyle changes and financial hurdles that come with the college experience.

This position fit her like a glove, and she oversaw things such as budgeting for national dues, taxes, campus housing, and insurance payments. She was also responsible for maintaining constant contact with the chapter’s other chairs, to better plan for each of their individual budgets, as well as to maintain a robust and detailed paper trail for tax purposes.

Eventually, Dexavia decided to take on the role of president. 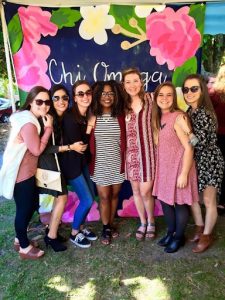 “The Troy chapter of Chi Omega had 180 members when I was president,” she says. “When you’re in charge of that many people, you have to get used to talking… a lot of talking.”

She mediated communications between the different chairs, seeing that the entire chapter operated smoothly and succinctly. Choosing officers, as well as planning meetings and events for the officers and the sorority as a whole, also fell to her.

And all of that was on top of her studies, but Dexavia didn’t have trouble with acing her classes. She graduated from Troy with a Bachelor’s and Master’s in accounting.

And all that is just a foundation on which she continues to build.

Diving into the Deep End of Accounting

“I’m currently in the process of getting my Ph.D. in Business Administration, with a concentration in Management, at the University of South Alabama. I actually just finished up my first semester.”

Dexavia is interested in learning how management styles and structures can improve the effectiveness of a business setting. This usually involves interpreting data trends and creating or analyzing academic research that focuses on processes to improve managerial practices.

For example, Dexavia recalls studying research that deals with the increased job performance and decreased turnover gained from the effective use of diversity, equity, and inclusion management. Another field she’s focused on involves how investment in technology improvements in the short term can increase a company’s bottom line in the long term.

It’s Not All Work

That’s not to say she never takes a break. Away from work, Dexavia values time with family, and she admits she’s also gotten a bit outdoorsy over the past year. 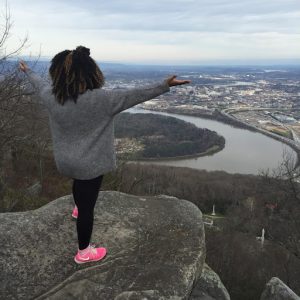 “My Ph.D. work isn’t going to allow me to tour Europe anytime soon, but I’ve really gotten into hiking and kayaking. It’s weird since I’ve never been a big outdoors person. But, for whatever reason, I’ve really taken to it.”

But what Dexavia returns to, to this day, is journaling.

“When I was little, I drew all over my grandma’s walls. She got me a journal the next day to save her house, and I’ve been journaling ever since.”

It doesn’t matter if she’s writing about the latest self-help book she’s found inspiring or the newest study in her doctoral work, or even her dreams, Dexavia still feels free and unrestrained when speaking to the pages of her journal.

“Working at Borland Benefield has been a fantastic experience,” Dexavia says. “Their focus on nonprofits makes them less hectic than other Birmingham accounting firms, and this allows them to be quite flexible with my scheduling needs as a Ph.D. student. Borland really cares about the work/life dynamic of its employees.”

Borland Benefield is also a smaller accounting firm, so Dexavia gets to see how all of the inner workings operate. She gets to be a part of more things and allows her to do what she loves most – learn about aspects of the accounting business that a large firm would keep her away from.

“And, if I’m ever in doubt about anything,” she says, “I can just go ask one of the partners. Everyone here is so helpful.”

But Borland Benefield the firm isn’t responsible for this close, connected work environment. We owe that to the teammates that make up our accounting staff.

And Dexavia Turner is a strong, vibrant addition to this team, making it better every day she’s with us.

1099 Tax Forms Are Coming to Crypto

The Infrastructure Investment and Jobs Act of 2021 (IIJA) introduces more concrete rules on how we all report our cryptocurrency dealings, but many people are still confused. We streamlined all of the IIJA’s major points into this easy-to-digest article.